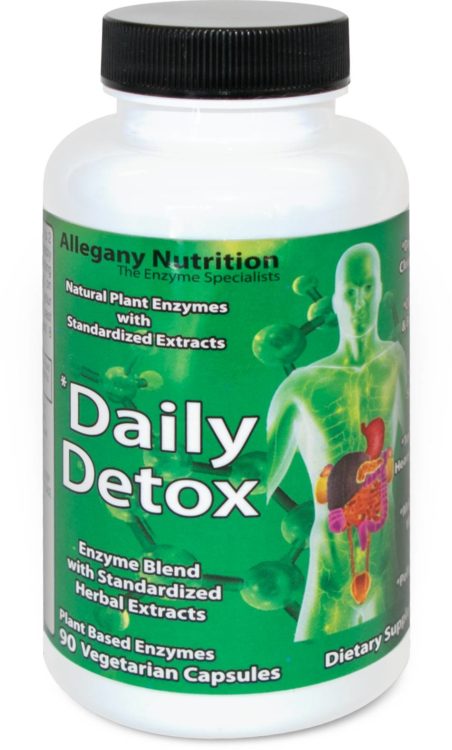 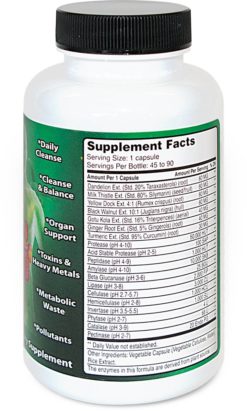 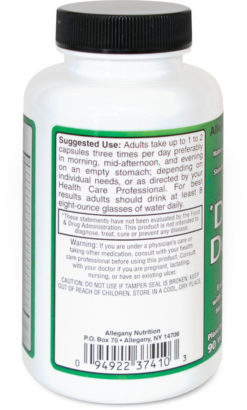 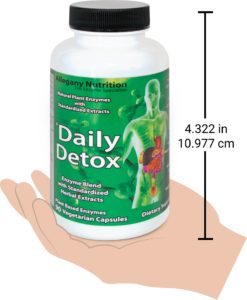 Many of us are exposed to toxins and stress on a daily basis. Harsh pollutants and pesticides are not the only dangers. Household items and personal care products also contain toxins. Not to mention some of the foods we eat on a daily basis and the stress in our lives that may cause some elimination issues. Our bodies are also naturally producing toxic byproducts at the cellular level on a daily basis. If toxins build up over time they can cause health imbalances.

Fortunately for us, our bodies use a combination of organs to cleanse toxins from our system. However, due to the amount of toxins, our bodies are exposed to on a daily basis our organs can be overwhelmed.

Some people may need additional support to help the body’s natural detoxification process. A healthy lifestyle along with a cleansing program is a step in the right direction towards a balanced system.

Many researchers believe that the accumulation of toxins may be at the root of disease.

One of the Reasons Why We Came Out with This Product

When people feel better physically, they often feel better emotionally and are able to handle daily emotional stress more effectively. Being able to handle stress more effectively may also help the body physically which may help the body deal with emotional stress in return. The link between physical and emotional harmony is becoming better understood with more research but is often over looked. Both physical and emotional health needs to be addressed when trying to overcome a health imbalance. A popular example of this that many people have heard of is the correlation between stress and stomach ulcers and other digestive imbalances. Eliminating toxins out of the body and relieving stress off of the body’s organs may help the body deal with daily stress in a more effective manner which in turn reinforces the body’s ability to eliminate toxins.

How does your body detox?

There are many filters in the body. The body has channels of elimination such as the liver, kidneys, skin, colon and more that all work together in the detoxification process.

Liver: converts destructive toxins into less harmful substances that the colon and kidneys can eliminate.

Colon: disposes waste from the digestive system and the liver.

Kidneys: remove waste products from the blood and eliminate it as urine.

The Daily Detox is a systemic cleansing herbal formulation. It contains standardized herbal extracts for maximum potency along with enzymes to help in the cleansing process. It is designed to support and stimulate the detoxification organs throughout the body; resulting in blood and tissue cleansing by naturally stimulating the cleansing capacity of these organs.

The Daily Detox may prove to be a valuable part of your daily health quest. We are completely committed to helping you achieve wellness.

Compare our Digestive Enzymes to Those Sold in Stores! Health Practitioners Recommended Use

CAPSULES PER BOTTLE: 90 count bottle.
SUGGESTED SERVING SIZE: 1 or 2 Capsules in between meals
Directions: As a dietary supplement, adults take 1 or 2 capsules three times per day preferably in the morning, mid-afternoon, and evening on an empty stomach; depending on individual needs, or as directed by your Health Care Professional. For best results, adults should drink at least 8-eight ounce glasses of water daily.
Contains no corn, dairy, gluten, soy, sugar or fillers.

Standardized to 20% Taraxasterols (Root) (Taraxacom Officinale)
Dandelion Root is a common garden herb that has been used medicinally for centuries. The scientific name for Dandelion is Taraxacum which is derived from the Greek word “taraxos,” meaning “disorder” and “akos” meaning remedy.

Dandelion ranks as a top herb in traditional Chinese medicine and is believed to help purify the body and flush toxins out of the body through the liver and kidneys. It has also been used for stomach imbalances, detoxifying the system, abscesses, anemia, boils, gallstones, breast tumors, cirrhosis of the liver, constipation, fluid retention, hepatitis, jaundice and rheumatism. Dandelion has also been used in Native American and Arabian medicine. Dandelion root is currently being used in Europe for gastrointestinal imbalances.

Dandelion may act to increase bile production, and many believe it reduces serum cholesterol and uric acid levels. Many also believe that when taking dandelion root it may help prevent gallstones from forming in the gallbladder.

Yellow Dock (Rumex Crispus) is also known as curly dock. It is used traditionally as a liver strengthener and for specific skin ailments such as psoriasis and eczema. It is also used for constipation, indigestion, and as a blood and lymph cleanser. It may act as a blood purifier and cleanser, and as a general tonic. Some people believe it may improve colon and liver function, help with inflammation of nasal passages, respiratory tract, anemia, liver disease, and skin disorders such as eczema, hives, psoriasis, and rashes. It is also believed to aid in cholesterol imbalances to help overall heart health and function.

Standardized (10:1) (Hull) (Juglans Nigra)
Black walnut has traditionally been used to treat skin disorders such as ring worm, athlete’s foot, herpes, eczema, acne, canker sores, psoriasis and other fungal infections. Black walnut is believed to be very beneficial as a remedy for poor digestion, diarrhea, and to help clean the intestinal tract. Black walnut is also used in traditional herbal medicine to expel worms, parasites and harmful pathogens from the body.

Studies have shown that black walnut may be useful in treating cell damage caused by the liver injury due to exposure to certain environmental toxins such as carbon tetrachloride.

Black walnut hulls contain juglone, a chemical that is believed to be antibacterial, antiviral, antiparasitic, and a fungicide.

Active ingredients in the black walnut hull include omega-3 fatty acids, sterols, tannins and iodine. Black walnut shells are rich in vitamin c and beta-carotene, B1, and B2.

Standardized to 80% Silymarin (Seed/Fruit) (Sulybum Marianum)
Somewhere around the 16th century, milk thistle became fairly popular and nearly almost all parts of the plant were eaten. Milk thistle extract is made from the seeds/fruit.

Milk Thistle may protect the liver from toxins and pollutants by preventing free radical damage and stimulate the production of new liver cells. It is also believed to protect the kidneys and to be good for gallbladder, adrenal disorders, inflammatory bowel disorders, psoriasis, and many liver disorders.

Standardized to 16% Triterpences (Aerial) (Cantella Asiatica)
Gotu kola contains various glycosides, alkaloids, triterpenes, sterols and tannins, and is believed to be a blood cleanser and an adrenal strengthener. It is said to fortify the immune system, both cleansing and feeding it and to strengthen the adrenals.

It is also said to combat stress and depression, increase libido and improve reflexes as well as help with skin impurities and blood pressure.

Gotu Kola has also been used for indigestion and urinary tract infections as well as many other things. Some studies in mice suggest that it may have an anti-ulcer ability.

Standardized 5% Gingerols (root) (Zingiber Officinale)
Ginger has been used for centuries in India, China, Greece and Rome, both as a culinary and medicinal spice. Ginger root extract is derived from the root of the herb Zingiber officinale. The medicinal form of ginger has been historically called Jamaica ginger and is frequently used for dyspepsia, gastroparesis, slow motility symptoms, constipation, and colic. A common folk remedy for colds is to make a tea brewed from ginger which has been used to settle the stomach.

It is believed to have a cleansing effect on the kidneys and bowels. It has also been used for LDL cholesterol, circulation, nausea, diarrhea, arthritis and colic.

Standardized to 95% Curcumin (Root) (Curcuma Longa)
Turmeric is a plant that is native to South India and Indonesia and has been used for centuries in Ayurvedic medicine. Turmeric is an antioxidant phytonutrient with anti-inflammatory properties. Curcumin is an extract from turmeric root which has been extensively written about due to its possible various health benefits.

Its anti-inflammatory properties may help reduce the swelling and relieving the stress off an affected area to help blood flow more normally and allow the area to heal with less pain.

With so many choices on the market these days it is easy to get confused on what product is right for you. There is one important piece of information you must know when deciding. You should know the difference between whole herb powders and standardized extracts.

A whole herb is just what it says: the whole herb plant is usually dried and powdered leaves, stems, and/or roots. The strength of whole herbs can vary depending on many factors such as the time of year harvested, soil conditions, plant age, weather conditions and so on.

How Enzymes are Measured

The only thing the proprietary blend product states is the total amount of blend. They don’t state the amount of each ingredient or its activity level. Therefore, you don’t know what the activity level of each enzyme is, and this is the only measurement that is used when the supplier sells to the manufacturer for encapsulating the enzyme. For example, the ingredient supplier of the enzyme can sell 250mg that would equal 25,000 FCC/HUT of protease enzyme, or 250mg that would equal 150,000 FCC/HUT of protease enzyme. In this example there is a 6 time difference in the amount of enzyme strength.

This is how some nutritional companies might mislead their customers in order to increase their profit margin. They may use lower cost ingredients, and formulate a product with weaker/lower activity enzymes and label the product as a proprietary blend or list the ingredients individually in mg. So when considering to buy a product that states a proprietary blend or ingredients listed in mg, ask for a copy of the certificate of analysis that comes from the lab. Don’t let yourself be misled by a company using different terminology. Always know the quality/activity level of each ingredient in the product. Take a look for yourself and see how our product stands up next to others sold nationwide. We don’t mislead our customers.

Our enzymes are produced in an Organically Certified facility that is FDA inspected. Our product contains no fillers, yeast, dairy, wheat, soy, gluten or corn and is free of artificial colors, flavors and preservatives. We use the highest quality raw materials to produce superior results.

We don’t formulate proprietary blends to conceal the amounts of ingredients in our products. We want our customers to know exactly what they are getting. We want you to be able to compare our products to others if you want. All enzymes are clearly listed on the bottle using the latest units of activity based on the Food Chemical Codex (FCC), Academy of Sciences and accepted by the American Food Industry. 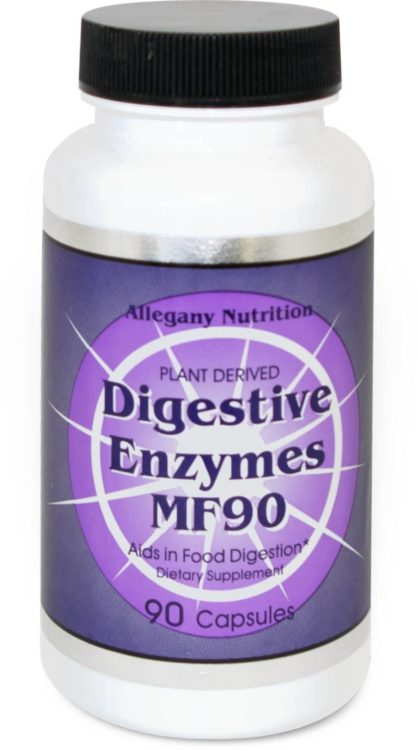 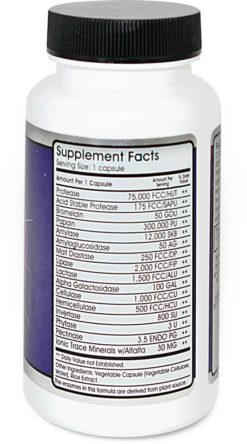 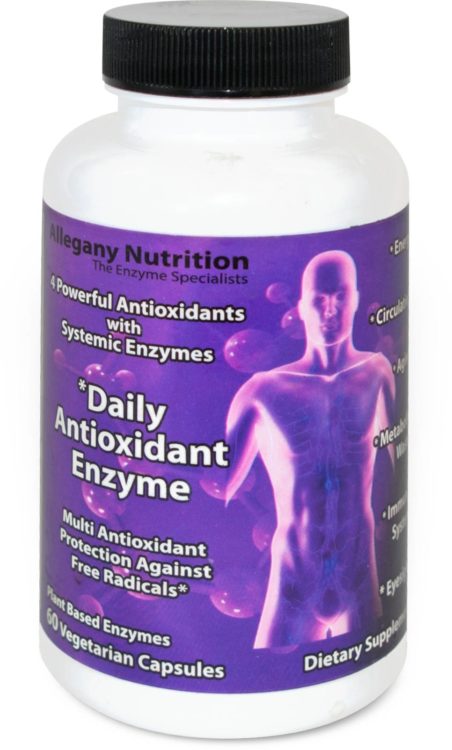 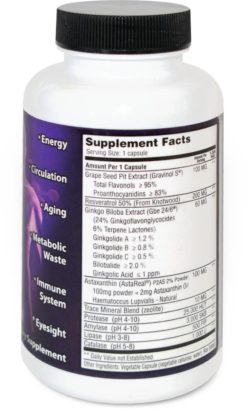 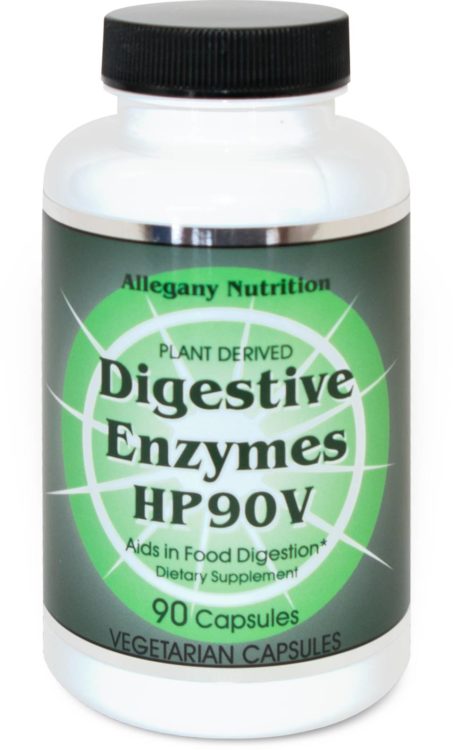 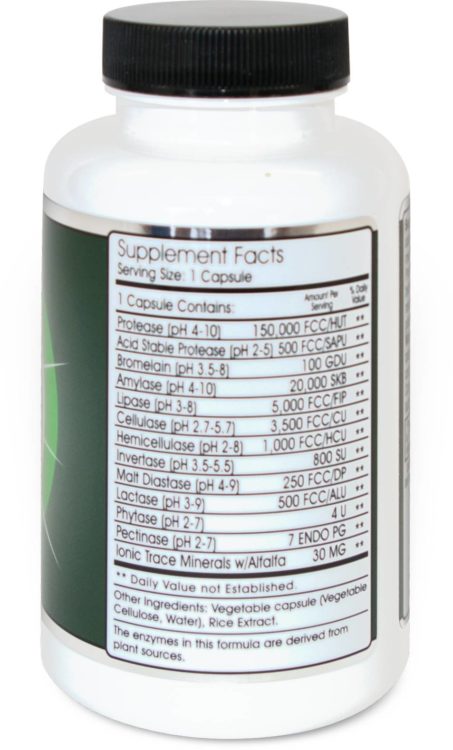 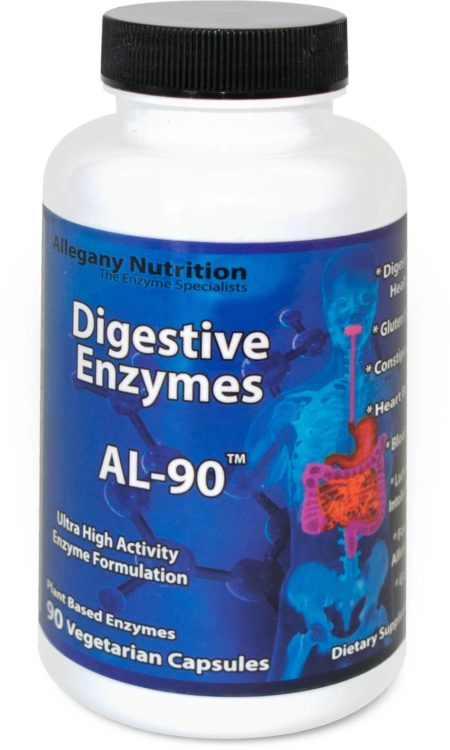 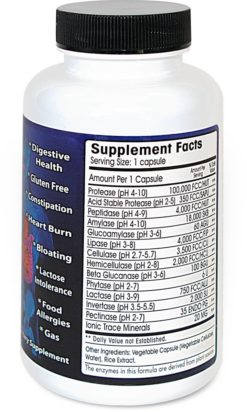 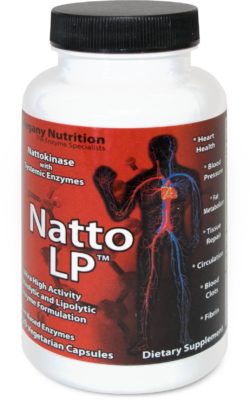 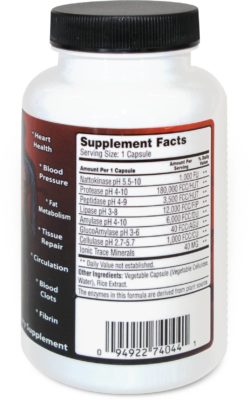