Tissues heated to 45 degrees Celsius and then stretched exhibit a non-elastic residual elongation of about 0.5 to 0.9 percent that persists after the stretch is removed. This effect does not occur in these same tissues when stretched at normal tissue temperatures. Therefore, 20 stretching sessions can produce a 10-18% increase in length of tissues heated and stretched. Such stretching at 45 degrees Celsius causes much less weakening in stretched tissues for a given elongation than a similar elongation produces at normal tissue temperatures.

Experiments have clearly shown that low-force stretching could produce significant residual elongation when heat is applied together with stretching or range-of-motion exercises, which is much safer than stretching tissues at normal tissue temperatures. 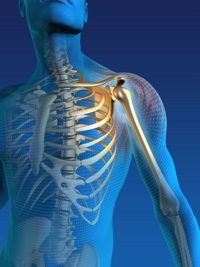 Muscle spasms have long been observed to be reduced through the use of heat, as they are secondary to underlying skeletal, joint, or neuropathological conditions. This result is possibly produced by the combined effect of heat on both primary and secondary afferent nerves from spindle cells and from its effects on Golgi tendon organs. Results produced demonstrate their peak effect within the therapeutic temperature range obtainable with radiant heat.

Pain may be relieved via the reduction of attendant or secondary spasms. Pain is also at times related to ischemia (lack of blood supply) due to tension or spasm that can be improved by the hyperemia that heat-induced vasodilatation produces, thus breaking the feedback loop in which the ischemia leads to further spasm and then more pain.

Heat has been shown to reduce pain sensation by direct action on both free-nerve endings in tissues and on peripheral nerves. In one dental study, repeated heat applications led finally to abolishment of the whole nerve response responsible for pain arising from dental pulp.

Heat may lead to both increased endorphin production and a shutting down of the so-called “spinal gate of Melzack and Wall”, each of which can reduce pain.

Localized infrared therapy using lamps tuned to the 2-25 micron waveband is used for the treatment and relief of pain by over 40 reputable Chinese medical institutes.

Heating one area of the body produces reflex-modulated vasodilators in distant-body areas, even in the absence of a change in core body temperature. Heat one extremity and the contralateral extremity also dilates; heat a forearm and both lower extremities dilate; heat the front of the trunk and the hand dilates.

Infrared healing is now becoming a leading edge care for soft tissue injuries to promote both relief in chronic or intractable “permanent” cases, and accelerated healing in newer injuries.