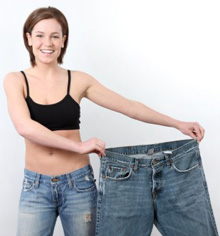 Blood flow during whole-body hyperthermia is reported to rise from a normal five to seven quarts a minute to as many as 13 quarts a minute. Due to the deep penetration of infrared rays, there is a deep heating effect in the muscle tissue and internal organs. The body responds to this heat with a hypothalamic-induced increase in both heart volume and rate. Beneficial heart stress leads to a sought-after cardiovascular training and conditioning effect. In it’s Wellness Letter, October 1990, the University of California Berkeley reported, “the 1980’s was the decade of high-impact aerobics classes and high-mileage training. Yet there was something elitist about the way exercise was prescribed: only strenuous workouts would do, you had to raise your heart rate to between X and Y, and the only way to go was to “go for the burn.” Such strictures insured that most ‘real’ exercisers were relatively young and in good shape to begin with.

Many Americans got caught up in the fitness boom, but probably just as many fell by the wayside. As we’ve reported, recent research shows that you don’t have to run marathons to become fit – that burning just 1,000 calories a week…is enough. Anything goes, as long as it burns these calories.”

Guyton’s Textbook of Medical Physiology reports that producing one gram of sweat requires 0.586 kcal. The JAMA citation above goes on to state “A moderately conditioned person can easily sweat off 500 grams on a F.I.R. mat, consuming nearly 300 kcal – the equivalent of running two to three miles. A heat-conditioned person can easily sweat off 600 to 800 kcal with no adverse effect. While the weight of water loss can be regained by rehydration, the calories consumed will not be.” Since an infrared mat helps generate two to three times the sweat produced in a conventional workout, the implications for increased caloric consumption are quite impressive. Assuming one lie on a F.I.R. mat for 30 minutes, some interesting comparisons can be drawn. Two of the highest calorie output exercises are rowing and running marathons. Peak output on a rowing machine or during a marathon burns about 600 calories in 30 minutes. An infrared mat may better this up to 250% by burning 900-2400 calories in the same period of time. It might in a single session simulate the consumption of energy equal to that expended in a six- to nine-mile run.

Far Infrared Therapy can, therefore, play a pivotal role in both weight control and cardiovascular conditioning. It is valuable for those who do not or cannot exercise, but who want an effective weight control and fitness maintenance program.

In 1989, German medical researchers reported that a single whole-body session of infrared-induced hyperthermia lasting over one hour had only beneficial effects on subjects with State I and II essential hypertension. Each subject experienced a rise in core body temperature to a maximum level of 35.5 degrees Celsius (100.5 Fahrenheit). All of the subjects in one experiment had significant decreases in arterial, venous, and mean blood pressure that lasted for at least 24 hours and linked, according to researchers, to a persistent peripheral dilation effect. An improvement in plasma viscosity was also noted. Another group of similar hypertensive patients was also studied under the same conditions of hyperthermia, with an eye toward more carefully evaluating the circulatory system effects induced by this type of whole-body heating. During each infrared session, there was a significant decrease of blood pressure, cardiac ejection resistance, and total peripheral resistance in every subject. There was also a significant increase of the subjects’ heart rates, stroke volumes, cardiac outputs, and ejection fractions. The researchers cite these last three effects as evidence that the stimulation of the heart during infrared-induced hyperthermia is well compensated, while the prior list of effects show clear detail of the microcirculatory changes leading to the desired result of a lowering blood pressure.